Lufthansa - Rising from the Ashes

Lufthansa - Rising from the Ashes
- Debasmita Das
Lufthansa's turnaround from near bankruptcy in 1991 to sound financial health by the end of the 1990s is one of the more remarkable stories of recent European corporate change. Reduced to asking the major German banks for money to pay employee salaries in 1992, the company's CEO, Jurgen Weber, embarked on a programme which ultimately led to his announcement in June 1999 of the best results in Lufthansa's seventy-year history.

Lufthansa had reversed a record loss of DM 730m in 1992 to a record pre-tax profit of DM 2.5bn in 1998 on revenues of DM 22.7bn. The proportion of seats filled (Seat Load Factor or SLF) reached 73 per cent, a record performance in Lufthansa's history and a nine percentage point increase on 1991), while the number of passengers increased from 33.7 million in 1992 to 40.5 million in 1998. Staff numbers were cut from about 64,000 in 1992 to roughly 55,000 in 1998.
By 2000 Lufthansa was a privately-owned, profitable company--and a core element of the strongest world-wide alliance in the airline industry. This article--a specially abridged version of a full case study--describes how the company went from the brink of disaster to becoming one of the world's leading airline companies.
What went wrong?
Founded in 1926, liquidated in 1945 and reborn in 1953, Lufthansa represented the characteristic strengths of German industry: reliability, order and technical excellence. Majority-owned by the German state, its strategy, organisation and culture were an amalgam of a strong technical orientation, dominated by engineers, with the bureaucratic values of public administration. Its role as an organ of the state was reflected in its values and beliefs: formal, rule-driven and inflexible, the yellow badge of Lufthansa symbolised independence, permanence and sovereign dignity. Lufthansa was the national airline carrier of the Federal Republic of Germany, state-owned, monolithic and unprofitable.

Deregulation of the airline industry had begun in 1978 in the US. In Europe, by contrast, while there was some relaxation of regulations, over the 1980s most airlines continued to be owned by their respective national governments, who continued to maintain strict control over both routes and landing slots at airports. In the late 1980s, however, deregulation triggered intensive price competition. Coupled with the steep fall in air traffic during the Gulf War and the subsequent recession, this led to a serious overcapacity for the global airline industry and, specifically in Europe, a severe market slump. In 1991 the SLF went down to about 57 per cent in Europe, compared to a worldwide average of about 65 per cent.

In the second half of the 1980s, under the leadership of Heinz Ruhnau, Lufthansa had pursued a policy of 'growth through own strength'. Based on the belief that only the largest airlines will survive in an era of global competition, Ruhnau had committed the airline to rapid fleet expansion in order to capture market share. By the time Jürgen Weber was appointed CEO in 1991, Lufthansa had enlarged its fleet by some 120 aircraft to 275. The problem was aggravated by Lufthansa's remarkable inflexibility over the capacity and services offered.

Furthermore, Lufthansa noticed the economic crisis later than other companies. Because of German reunification, Lufthansa enjoyed a boom at a time when the rest of the industry was facing this severe market downturn. In 1991, while overall traffic dropped by 9 per cent in Europe, Lufthansa's passenger numbers increased by 11 per cent. Despite this growth, Lufthansa reported an after-tax loss of DM 444m in 1991--a result largely attributed to unique influencing factors like the Gulf War. But results in the second half of 1991 and in the beginning of 1992 also fell below expectations. Although awareness of a serious crisis began to spread in early 1992. Lufthansa was so focused on growth as the route to success that employment continued to rise during the first six months of the year. "Even when the crisis became very obvious", Jochen Hoffman, Lufthansa's Senior Vice President, noted, "people still thought: 'We are the German Airline Company, state-owned and a prestige organisation. They will never let us die'." Outsiders were not so sure. When Weber, with only fourteen days of operating cash requirements in hand, went to the banks in 1992, no private bank believed Lufthansa would survive. Only a single state-owned institution--the Kreditanstalt fur Wiederaufbau--agreed to give Lufthansa the money it needed to pay salaries.
The turnaround
On a weekend in June 1992, Jurgen Weber invited some twenty senior managers to the training centre at Seeheim for a meeting that was originally entitled 'Mental Change'. It was aimed at building a network of change-minded managers who would drive redevelopment within the company. Realising that the crisis was becoming acute, Weber changed the workshop's title from 'Mental Change' to 'Crisis Management Meeting' shortly before it began. The turnaround had started.
The process of this meeting was as important as its outcome. For some managers this was their first experience of interdepartmental co-operation and non-bureaucratic problem solving. The necessity of drastic action and the direction of change required were not contentious. The facts were too obvious. As Wolfgang Mayrhuber, a former member of the Operations Team, explained: "No one had an idea of the gravity and the brutality of the crisis. After a long phase of denial or 'not wanting to believe', there was a next phase of 'searching for the guilty people', which was followed by an awareness that there was a massive pressure to act. After this, everything went very fast. The goals we committed ourselves to at Seeheim were very ambitious and nobody believed that we could ever meet them ... The critical question was how to win over other managers and employees for these 'stretching' goals and activities." 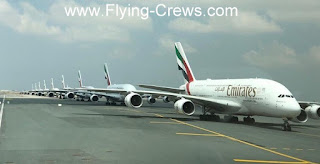 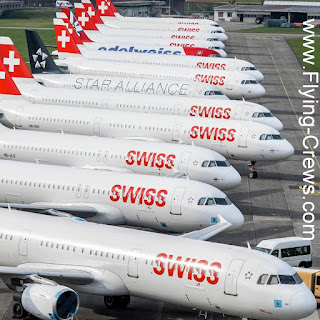 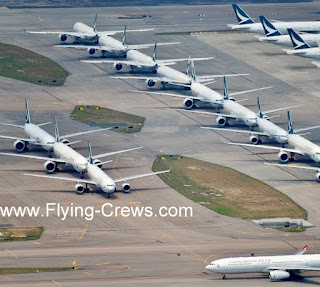 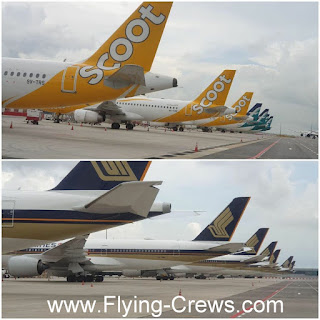 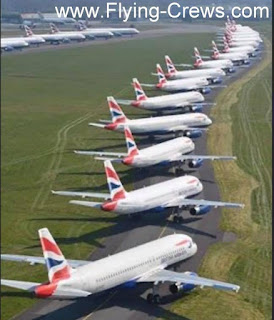 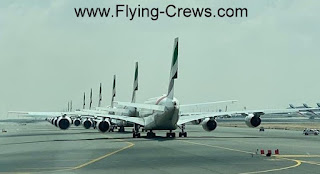 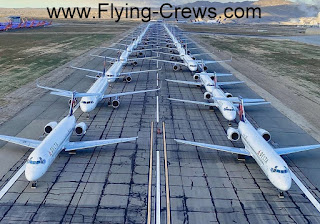 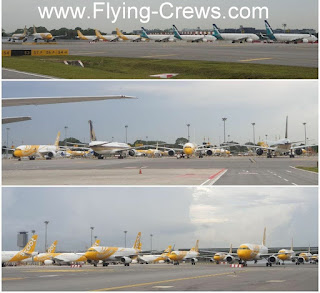 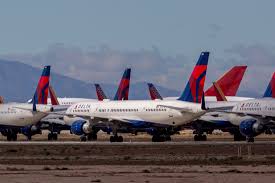 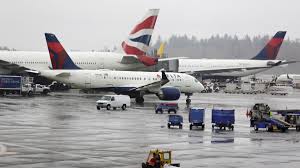 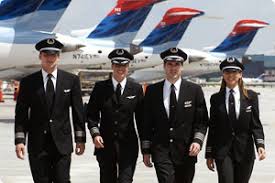 Email ThisBlogThis!Share to TwitterShare to FacebookShare to Pinterest
Labels: Lufthansa - Rising from the Ashes