Babas are quite popular in India. The current favourite is Baba Ramdev. He seems to be doing well.

Baba Ramdev of Patanjali Ayurved has won the IMPACT Person of the Year, 2017 Award, instituted by the exchange4media Group to recognize excellence in the Advertising, Media and Marketing domain. He wins the award for unprecedented disruption of the FMCG industry in India with the launch of Patanjali Ayurved that has captured the market, with the ‘swadeshi’ and the national interest at the top of its marketing pitch. With a turnover of Rs 10,561 crore in financial year 2017, Baba Ramdev’s Patanjali has shaken up the hegemony of MNC players and is all set to achieve more growth and scale.

On winning the IPOY Award, Baba Ramdev said, “I am thankful to Annurag Batra and all the top industry leaders who chose me as IMPACT Person of the Year. It brings me immense joy because this gesture is like a vote of confidence from the biggest names in the Advertising, Marketing & Media industry.”

Commenting on IMPACT Person of the Year 2017, Annurag Batra, Chairman and editor-in-chief of the exchange4media Group, said, “Baba Ramdev has built an institution in Patanjali and his business expansion is as audacious as his yoga and his oratorial skills. The growth story of Baba Ramdev and Patanjali is remarkable, as it builds on the twin pillars of speed and scale. The unprecedented success of Baba Ramdev, growing in multitudes every day, is what makes him the winner of the IMPACT Person of the Year, 2017 award. I wish him more power.”

The other nominees for the award this year were Anand Kripalu, CEO & MD, Diageo India who has led Diageo through turbulent times, taking in his stride the highway liquor ban and the controversy around Vijay Mallya; Amitabh Kant, CEO, Niti Aayog, who is single-handedly executing Prime Minister Narendra Modi’s vision of building Brand India; Ashish Bhasin, Chairman & CEO, South Asia, Dentsu Aegis Network who has built DAN into an impressive conglomerate through the right acquisitions; Bhavish Aggarwal, ‎Co-Founder & CEO, Ola who has taken on Über in India and made his mark in the face of stiff competition; Prasoon Joshi, CEO, India and Chairman (Asia Pacific), McCann Worldgroup, a multi-faceted leader who has made great contributions in advertising, films, music and public policy; Sanjiv Mehta, CEO and Managing Director, HUL, who has done well in spite of the Patanjali onslaught and has led and grown a very, very, large business; and Suresh Narayanan, Chairman and MD, Nestle India Ltd, who has effected an epic turnaround, bringing back stability to Nestle India.

The IMPACT Person of the Year 2017 award is presented by Colors and co-powered by Discovery Jeet and Sakal Media Group, with Nickelodeon and Wion as co-gold partners; empowered by Colors Infinity, and 9X Jalwa and Laqshya as associate partners. BTVi is the Business Television partner.

A decade ago, not many had heard about him, today he and his confidant Acharya Balkrishna are running one of the fastest growing FMCG companies in India. In the last financial year Patanjali’s sales touched INR 11,561 crore. This year, they are aiming to touch INR 30,000 crore.  Would this have happened if he hadn’t consciously built his personal brand? Probably not.

Baba Ramdev transformed himself from a yoga guru to a business guru and simultaneously built a personal brand for himself. The Baba Ramdev brand represents India, health, and raw human nature. Watch him. He is at times passionate, at times friendly, at times aggressive. Whatever mood he’s in, he is communicative. He engages with his audience, laughs at himself. He errs publicly – this is perhaps what has kept his followers intact. They know he can fail from time-to-time. This is his brand – he is a person just like his followers. It is probably one of the main reasons for his phenomenal success.

So even when the sailing hasn’t been smooth for him, he has managed to overcome his dissidents and remain on top by continuously touching upon the core belief of his followers – healthy, swadeshi, and human. The Baba Ramdev impact is real- never before have ayurved products been so much in the news or in vogue.

It is one thing to see an advertisement of a movie in posters and random newspapers and magazines, and a whole other to see one in the trade magazines pertinent to the cinema industry. I immediately asked my friend who this was and then I heard a little bit about this fellow.

I must say the ad. looked ridiculous, and I was by no means going to watch that movie based on that, but that means nothing.

I didn’t think about it much, until he showed up in the news for all the wrong reasons. It is only now that I know what a power centre he had established, and how far the rot had grown that he was a driver of.

If only to rid us of crappy movies, I am happy to see him in jail, but to rid the world of evil, I’d like to see people like him in much darker places. 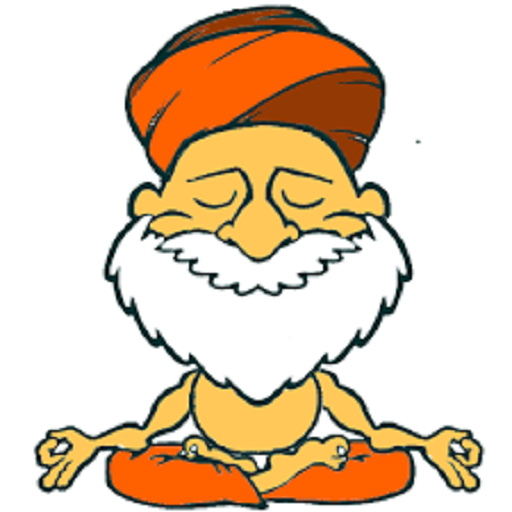 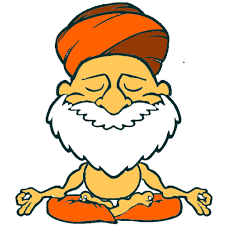 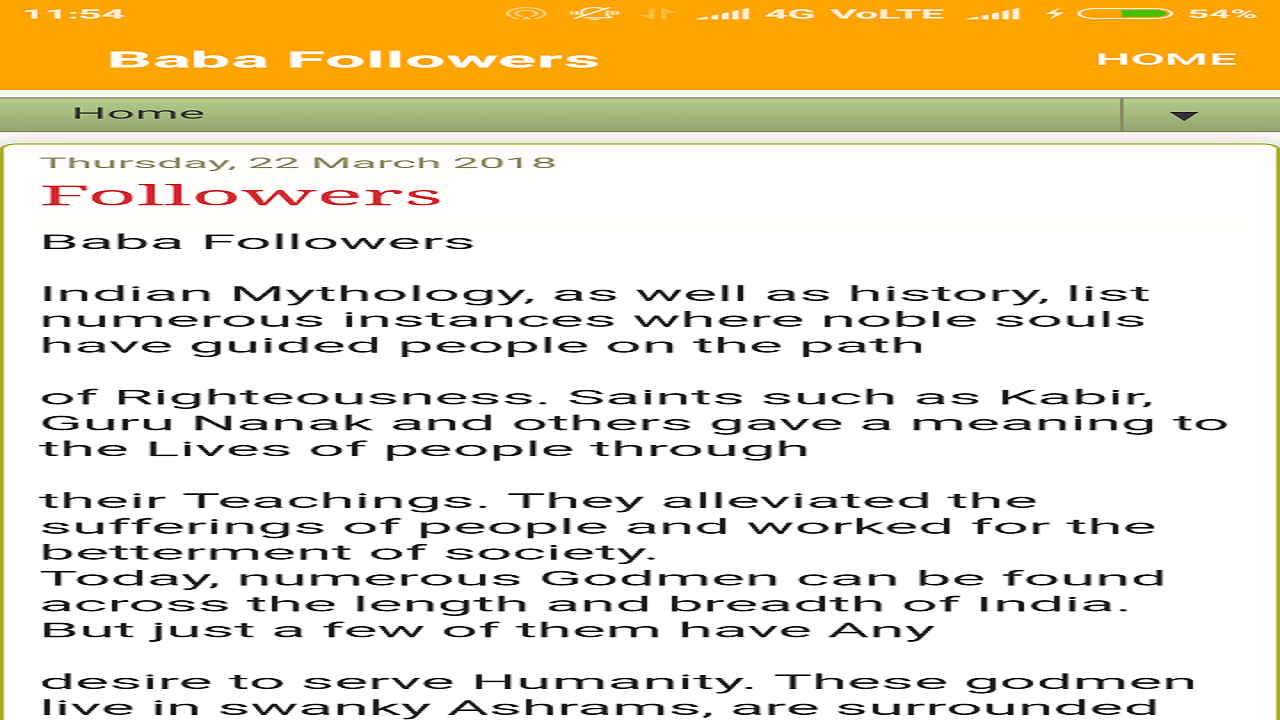 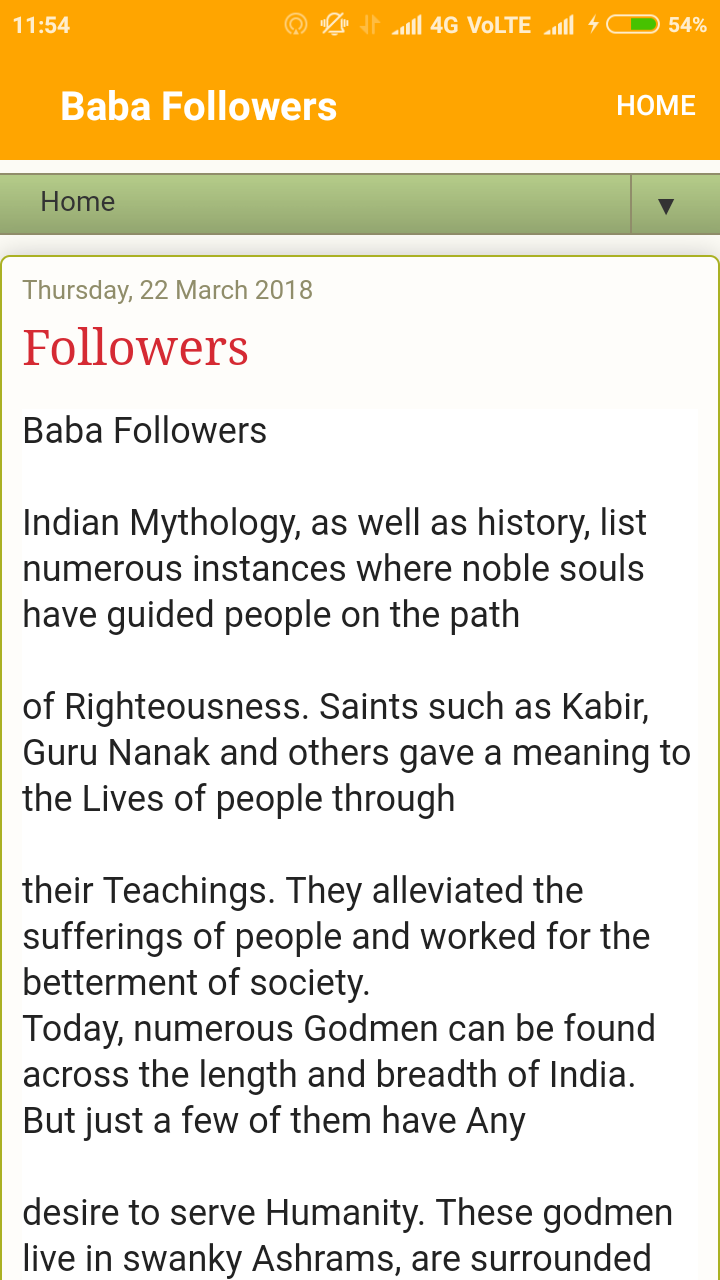 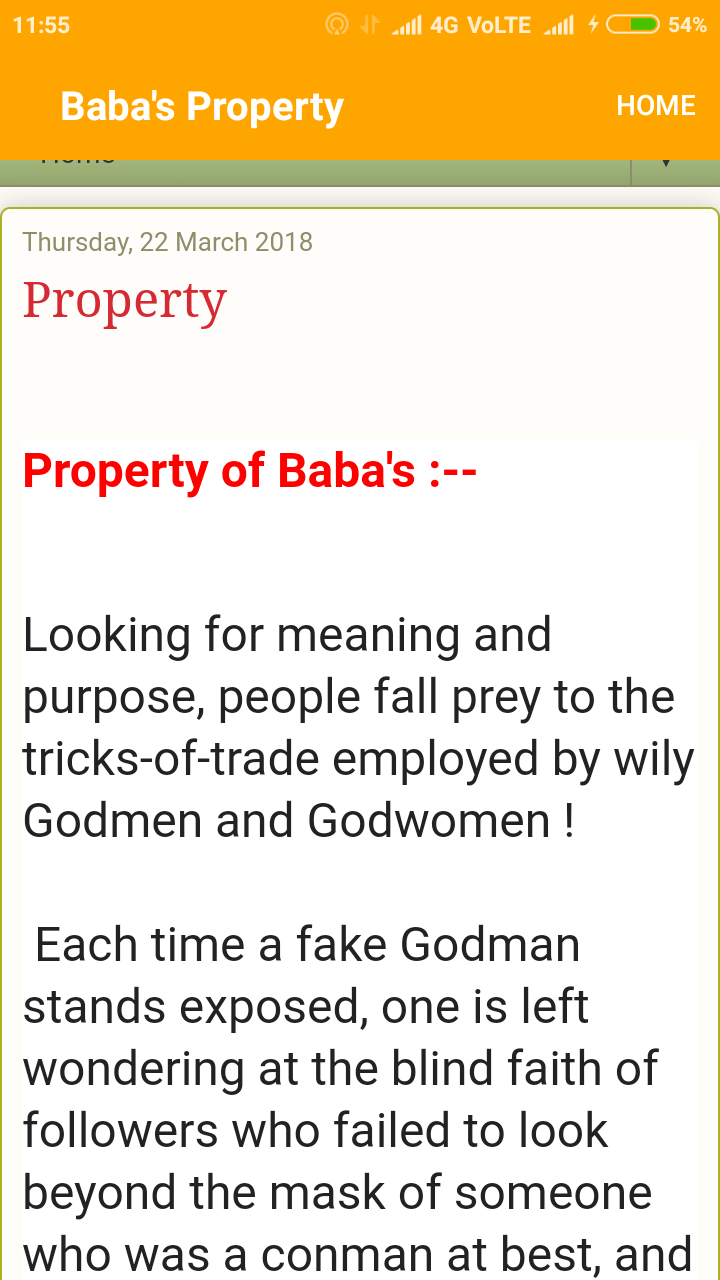 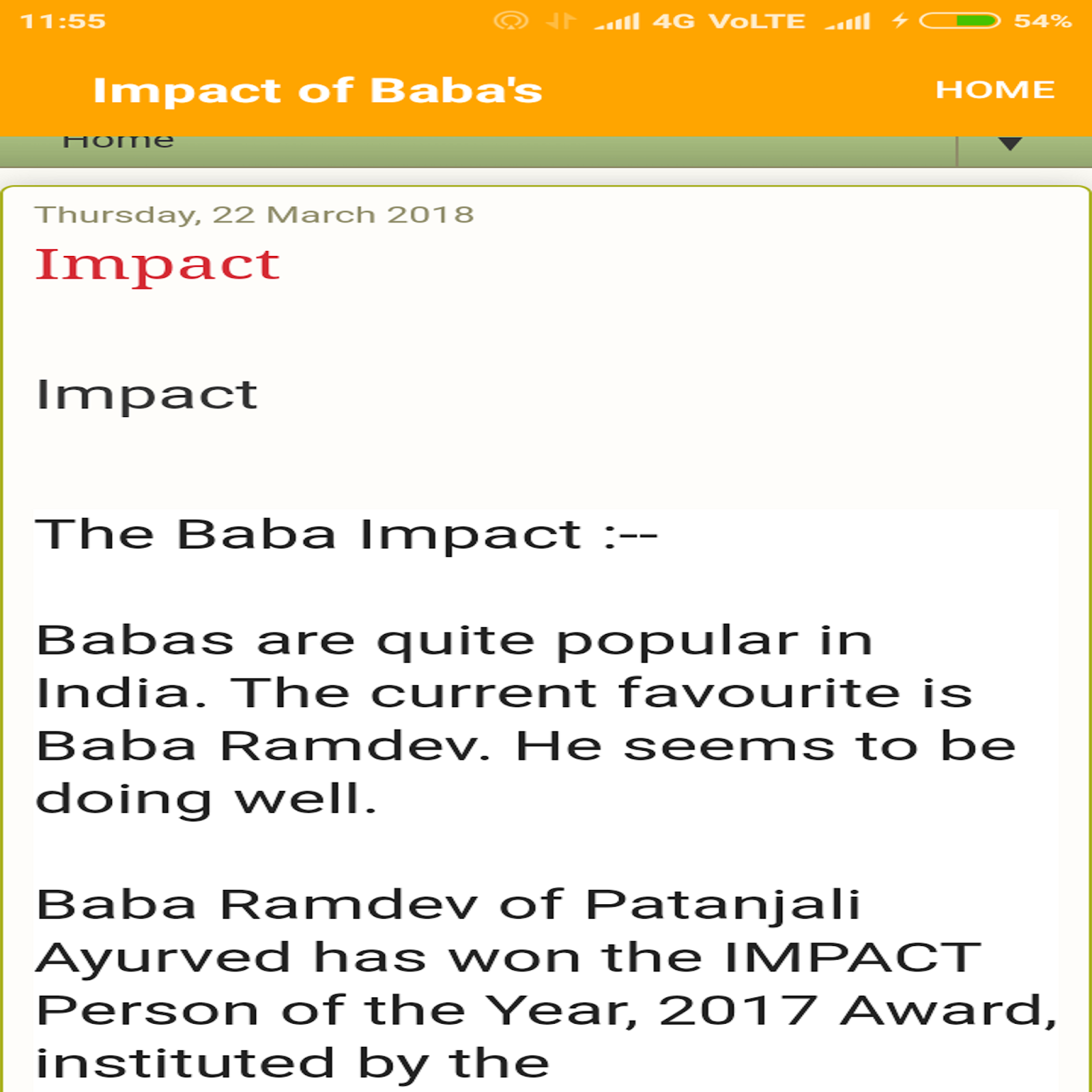 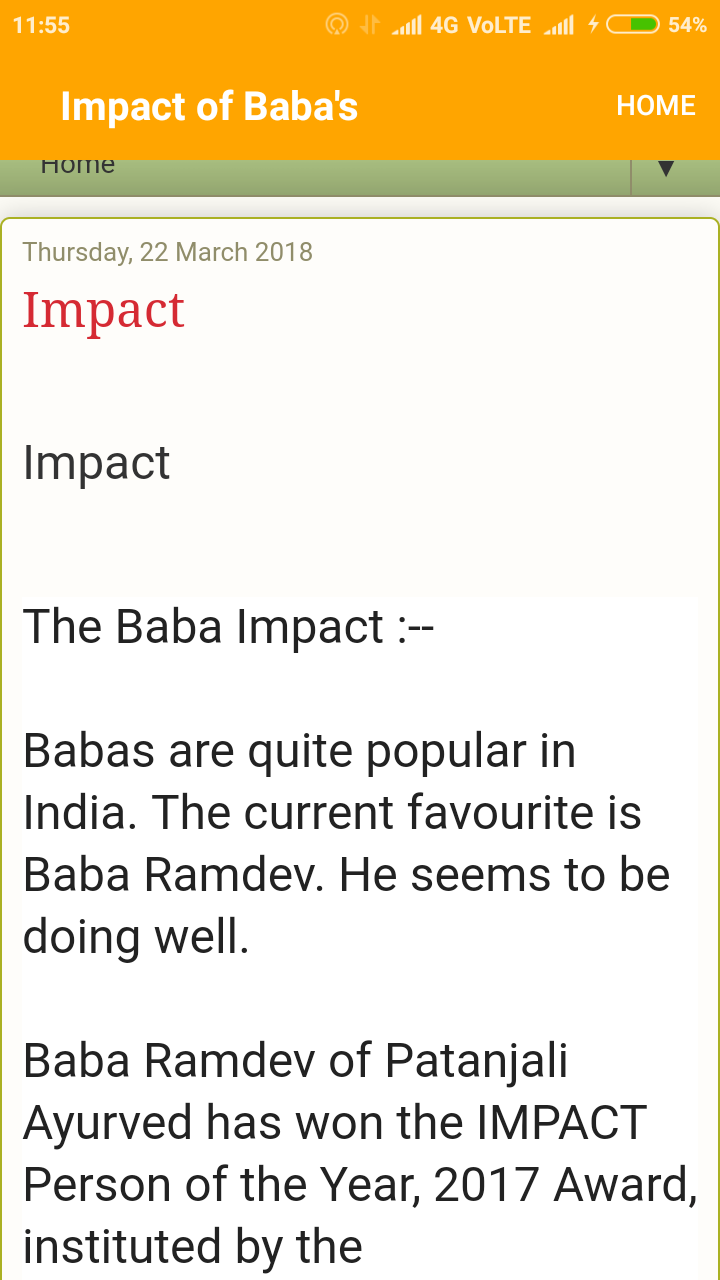 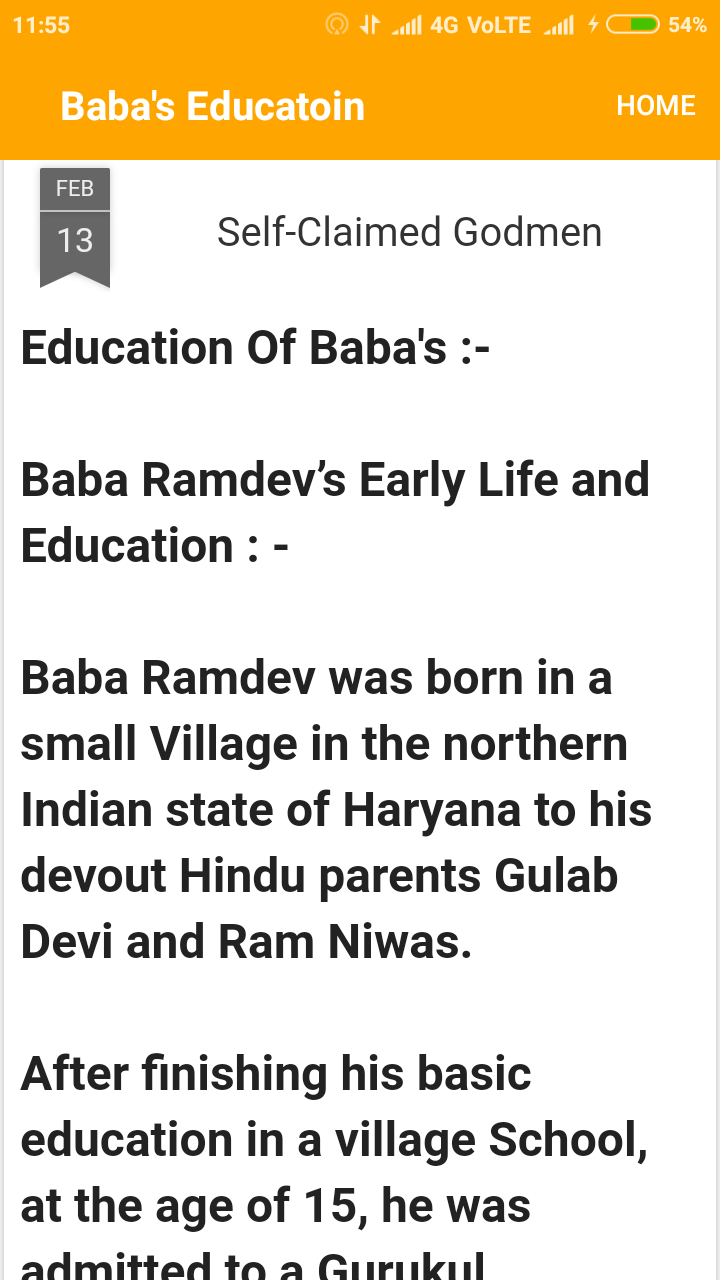 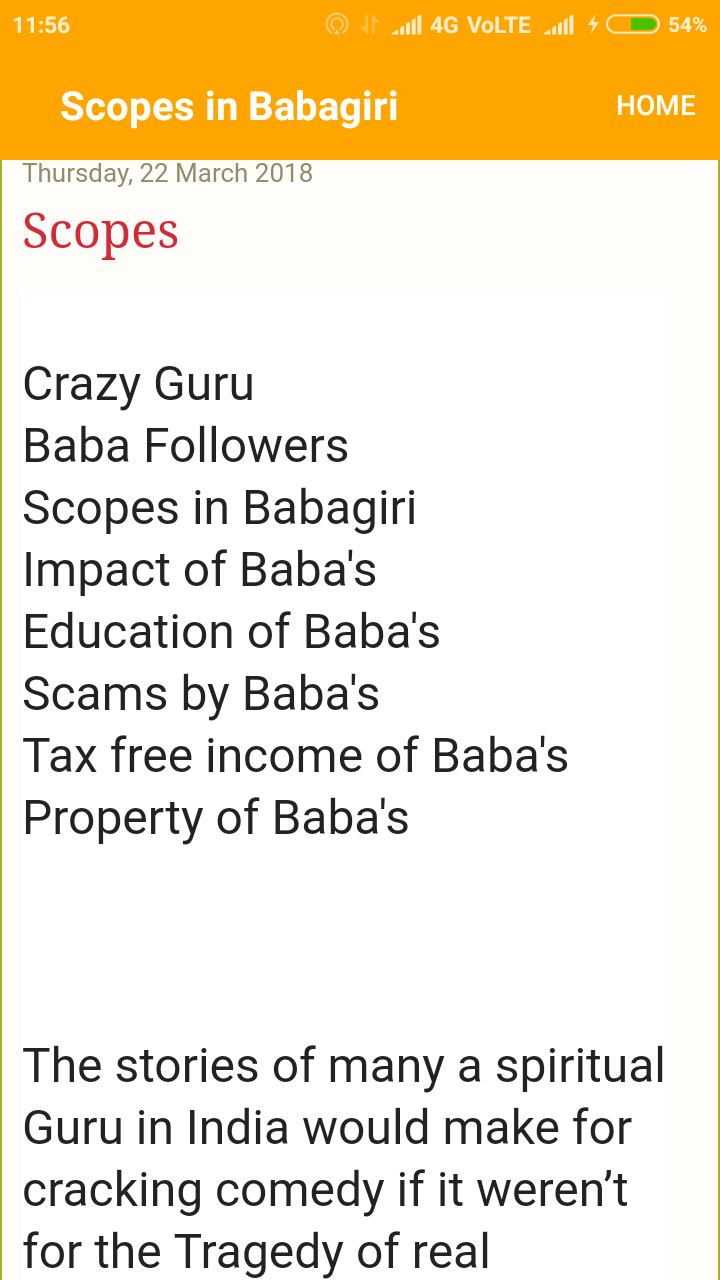 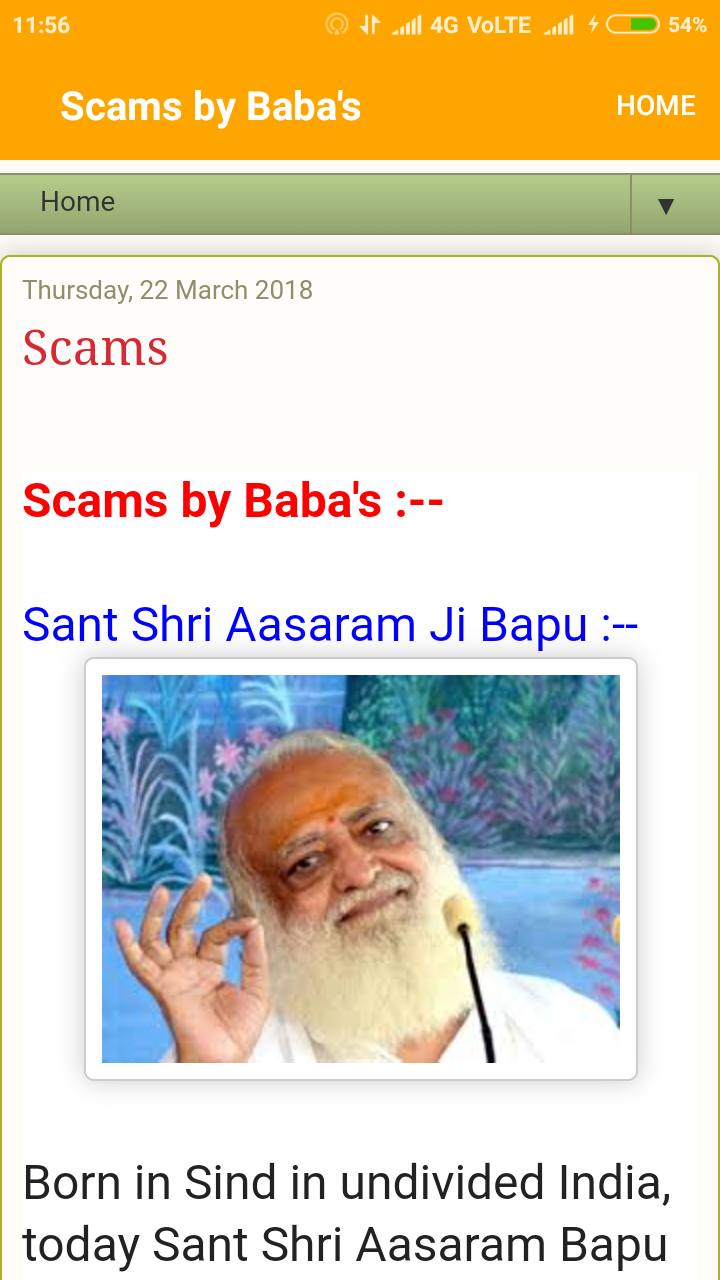 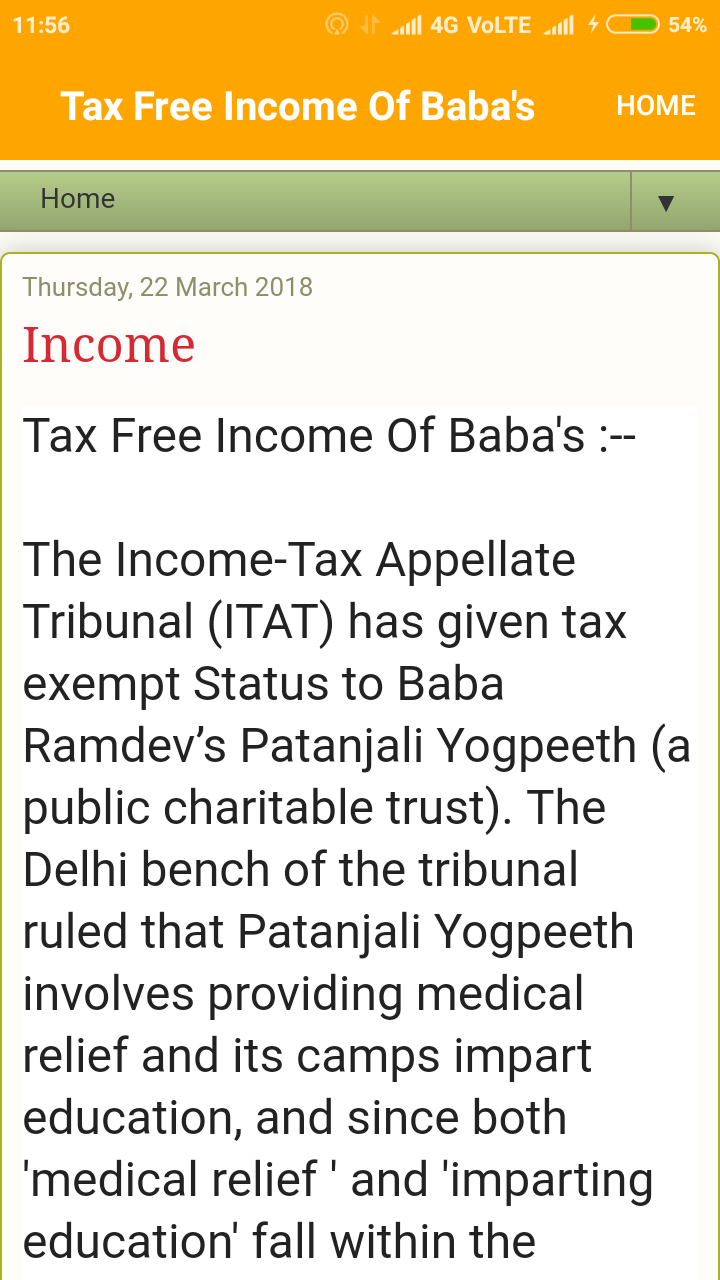 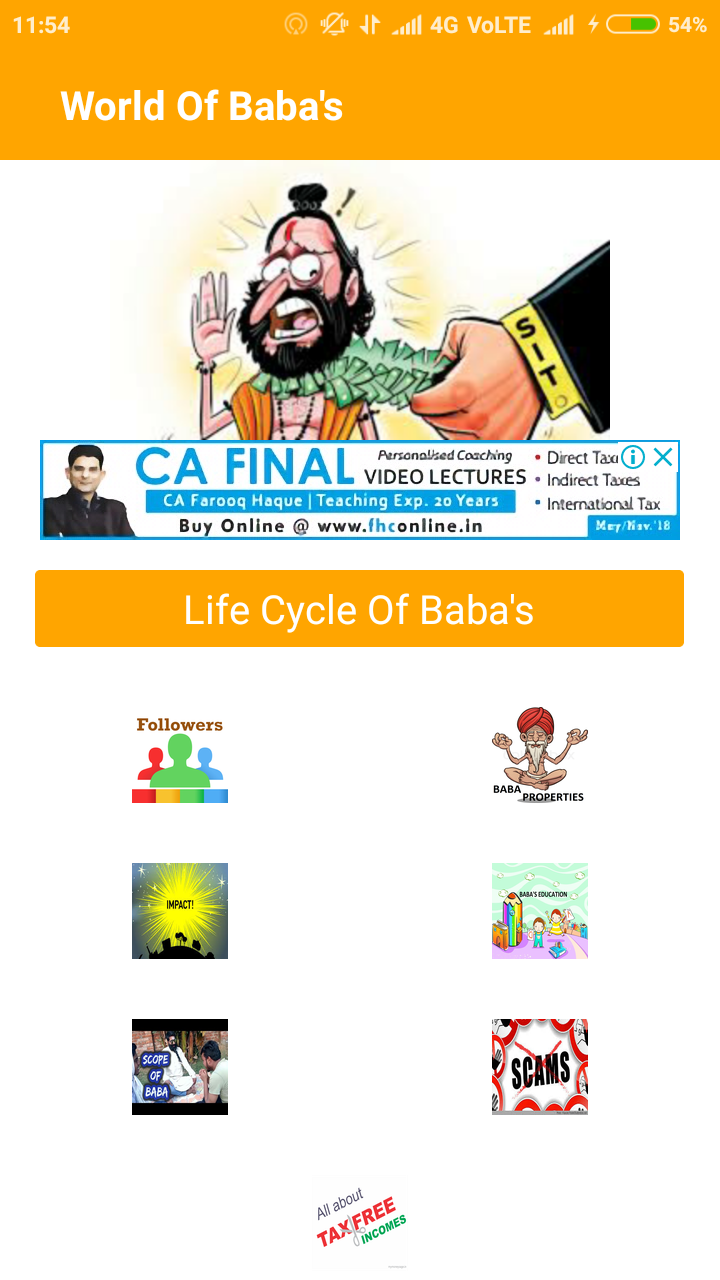 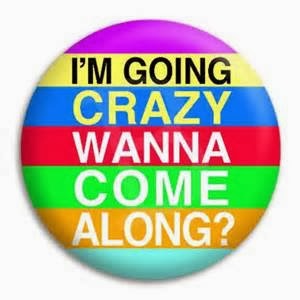 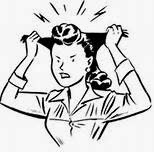 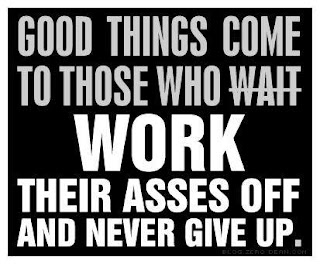 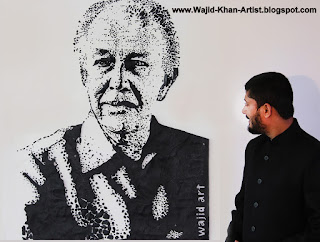 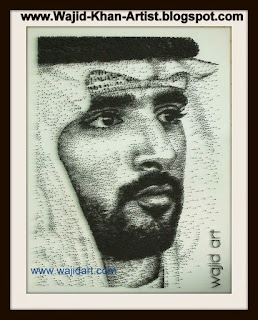 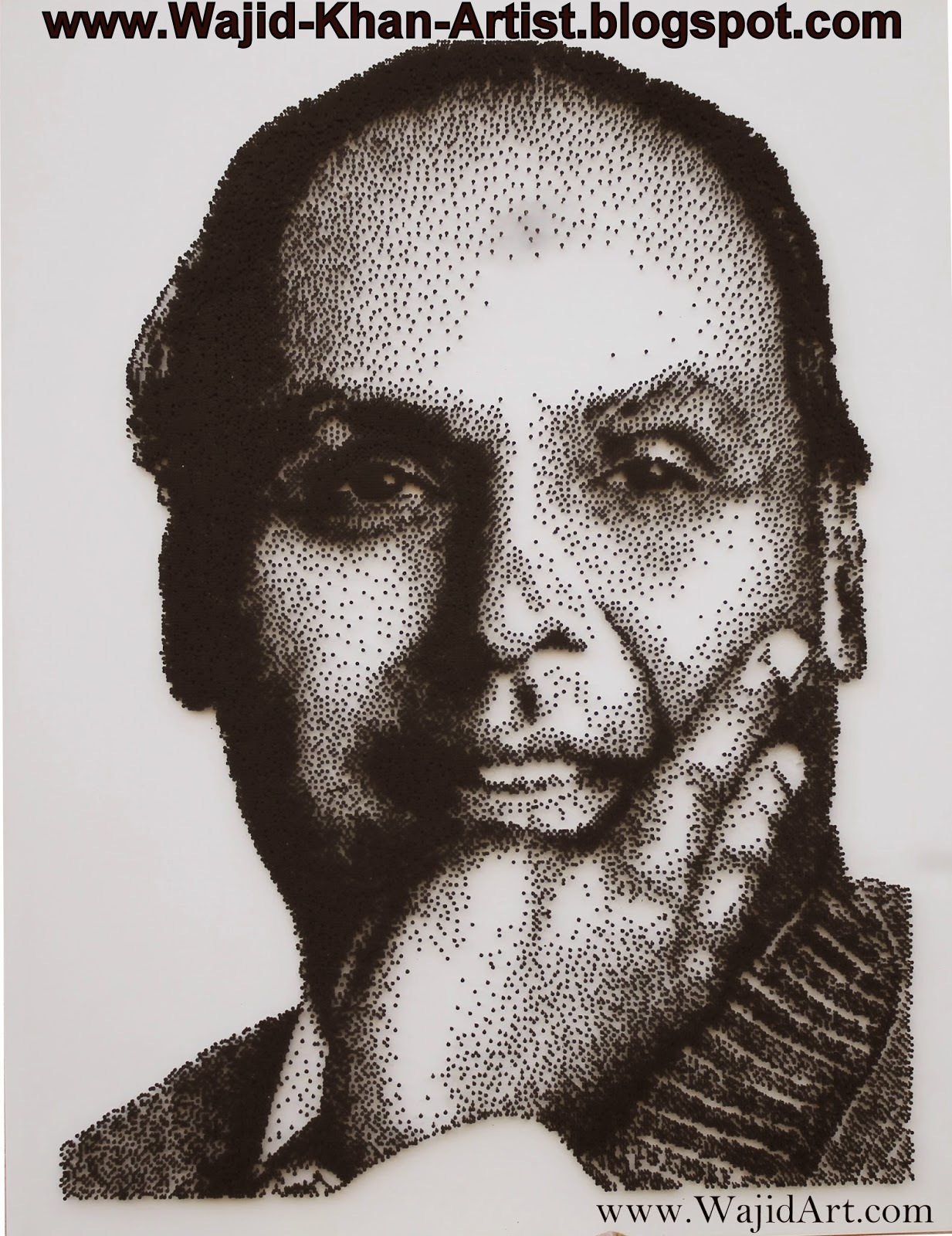 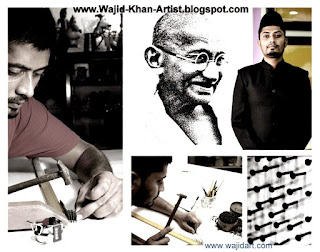 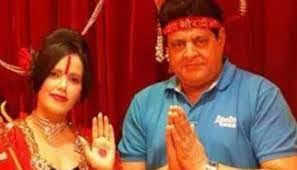 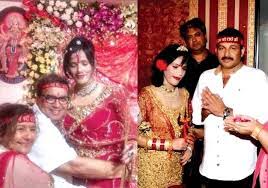 Email ThisBlogThis!Share to TwitterShare to FacebookShare to Pinterest
Labels: Impact