Be a Leader with Big Dreams

Be a Leader with Big Dreams, Habits of Big Dreamers.

A young woman was born in Texas on the 26th of January, 1892 to Bess and Susan Coleman, they both were sharecroppers who did not know how to read and write. 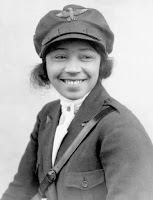 Early in her life she faced many hardships, born in a family with 12 siblings, her journey began with a single dirt filled room, her father left the family when she was still a young women to search for better opportunities for him. When she was still discovering her childhood, she took on a role of a leader and a mentor for her two younger sisters while her mother and two elder brothers went to work for feeding their family.
All her childhood she led the life of racial discrimination, being from an African-American descent. Her early education limited her skills where the school was cancelled as soon as the kids were required on the farm. Her role as a family leader who didn’t settle to working for a cotton farm and dream big began with the determination to go to Oklahoma and study in Langston University. She was a woman with determination to achieve her goals; barriers never scared her off or slowed her down from achieving what she wants. She earned and saved money to get into Langston College by working as a laundress but had to leave following one year when she came up short on cash.
After a drawback, she picked up the pieces, moved in with her brother in Chicago where she worked as manicurist, soon enough she realized her dream- her dream of becoming a pilot.

In the era where white males where celebrated in the field of aviation, no one was ready to accept an African-American to stand beside the accomplished white males. Facing hardship to learn how to fly led her to Robert Abbot, publisher of the largest African-American weekly who advised her to fly to France. France was independent of discrimination and world’s leader in the sector of Aviation. In 15 June, 1921 Bessie Coleman achieved her dream she became the first African American Women to earn a pilot’s license.
Bessie Coleman did not stop once her dream was achieved; she became the first African-American woman in America to make a pubic flight.  She lived her life by flying high and earned by performing aerial stunts.
A young woman never took no for an answer faced all the hardships and turned the face of aviation in the world. Bessie Coleman was a leader who introduced aviation to her race her life ended while performing a stunt mid air when the aircraft split into two midair. Bessie Coleman broke through all the walls of stereotype and was recognized as the Hero of Early Aviation.
-- 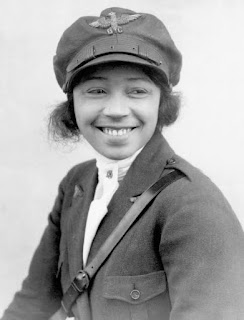 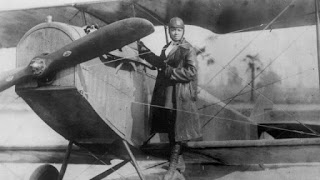 Email ThisBlogThis!Share to TwitterShare to FacebookShare to Pinterest
Labels: Be a Leader with Big Dreams, Habits of Big Dreamers